Where did Brad Pitt go to college? Brad Pitt started college at the University of Missouri in 1982.  His major was journalism and also studied advertising. Interestingly, he left the university two weeks before graduating with a degree to move to Los Angeles. Earlier, he attended Kickapoo High School in Missouri from 1978 – 1982. He was very active in tennis, wrestling, swimming, forensics club, debate team, and school musicals. 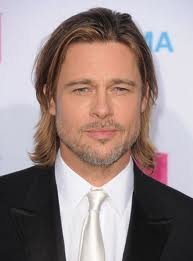